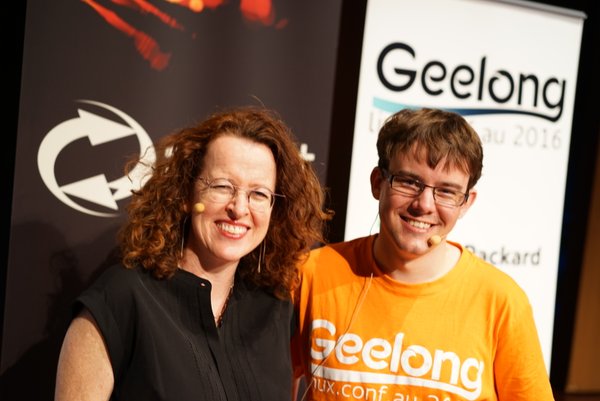 linux.conf.au 2017 heads to Hobart, where it was last held in 2009. I absolutely love Tasmania – especially its food and scenery – and am looking forward to heading over.

So, here’s my talk picks  – keeping in mind that I’m more devops than kernel hacker – so YMMV.

I’m keeping Monday open as much as possible, in case there are last minute things we need to do for the Linux Australia AGM, but will definitely start the day with the Opening Reception and Networking Breakfast. A networking breakfast is an unusual choice of format for the Professional Delegates Networking Session (PDNS), but I can see some benefits to it such as being able to initiate key relationships and talking points early in the conference. The test of course will be attendance, and availability of tasty coffee 😀

The highlight for me in Tuesday’s schedule is the excellent Pia Waugh talking ‘Choose your own Adventure‘. This talk is based on Waugh’s upcoming book, and the philosophical foundations, macroeconomic implications and strategic global trends cover a lot of ground – ground that needs to be covered.

I’ll probably head to Dan Callahan’s keynote on ‘Designing for failure’. It’s great to see Jonathan Corbet’s Kernel Report get top billing, but my choice here is between the ever-excellent Michael Codover’s ‘Future Privacy‘ and Cedric Bail’s coverage of ‘Enlightenment Foundation Libraries for Wearables‘. Next up, I’ll be catching David Bell (Director, LCA2016) talking ‘In case of emergency – break glass – BCP, DRP and Digital Legacy‘. There’s nothing compelling for me in the after lunch session, except perhaps Josh Simmon’s ‘Building communities beyond the black stump‘, but this one’s probably too entry-level for me, so it might be a case of long lunch / hallway track.

After afternoon tea, I’ll likely head to Deb Nicholson’s ‘Handle conflict like a boss‘, and then Matthew Garett‘s ‘Internet of terrible things‘ – because Matthew Garrett 😀

Then, it will be time for the Penguin Dinner!

First up, I’m really looking forward to Nadia Eghbal’s ‘People before code‘ keynote about the sustainability of open source projects.

Jon Oxer’s ‘Network Protocol Analysis for IoT Devices‘ is really appealing, particularly given the rise and rise of IoT equipment, and the lack of standards in this space.

It might seem like a dry topic for some, but Bradley M. Kuhn and Karen Sandler from the Software Freedom Conservancy will be able to breathe life into ‘Compliance with the GPL‘ if anyone can; they also bring with them considerable credibility on the topic.

After lunch, I’ll be catching Allison Randall talking on ‘Open source and innovation‘ and then Karen Sandler on ‘Surviving the next 30 years of open source‘. These talks are related, and speak to the narrative of how open source is evolving into different facets of our lives – how does open source live on when we do not?

After the keynote, I’ll be catching Audrey Lobo-Pulo on ‘Publicly releasing government models‘ – this ties in with a lot of the work I’ve been doing in open data, and government open data in particular. After lunch, I’m looking forward to James Scheibner’s ‘Guide to FOSS licenses‘, and to finish off the conference on a high note, the ever-erudite and visionary George Fong on ‘Defending the security and integrity of the ‘Net’. Internet Australia, of which Fong is the chair, has many values in common with Linux Australia, and I foresee the two organisations working more closely together in the future.

The ‘Go Girl – Go for IT!’ event was held at Deakin University’s Burwood campus on 28-29th October and saw over 1200 secondary school girls attend dozens of presentations by women in IT, who spoke of their career directions and aspirations.  Organised by Victorian Women in ICT, the event aims to attract female middle secondary students into a career in information and communications technology – and to explain some of the subject choices they need to make to get there.

Having participated in BarCampMelbourne and Software Freedom Day, I was motivated to assist with Go Girl – Go for IT! Both BarCamp and SFD engender (no pun intended) a strong sense of community, have a strong freedom ethos and a determination to break down barriers to participation – all things shared by GGGIT. While the workload was overwhelming at first, and the days themselves were both stressful and exciting it’s definitely something I’d jump at the chance to be involved with again.

As a learning opportunity the presentations offered a number of insights.

Observations from the day included;

For me personally, the stand out presentations were;