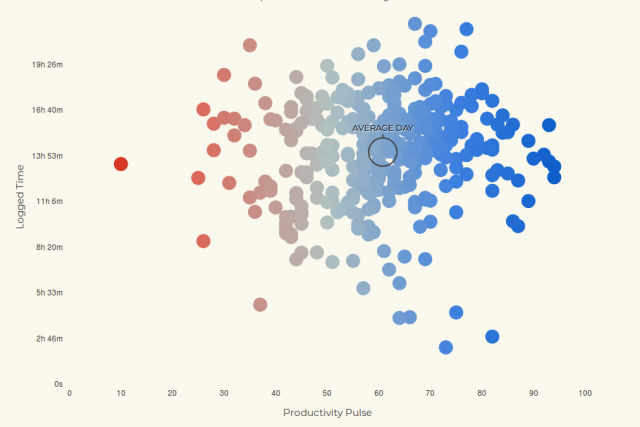 Back in mid-2016, about two years ago, I did a run-down of my personal productivity stack – essentially a ‘State of my Toolchain’. After almost 2 years, it’s time to provide an update and see what’s changed.

My Asus N76 17.3″ laptop is still going strong as my main workhorse; but its days are numbered. I’ve had to rebuild a couple of times now after hard disk drive sectors have failed, so it’s a matter of time before it’s forced into retirement – but at nearly six years old, it’s had a good run.

So the question becomes – what replaces it? I’ve always been very happy with the ASUS gear I’ve had over the years, but the Zenbook range doesn’t seem to have that much in the way of high end GPU specs – which I need for both gaming and machine learning stuff. On the other had, the RoG range doesn’t seem to have good battery life; although that really isn’t a major consideration.

Enter System 76. I hadn’t heard of these guys until some of my linux.conf.au and Mycroft AI mates mentioned them, including this kick-ass video.

After doing some asking around, folks seem pretty happy with them, but the downside is that they’re costly; especially with the poor $AUD exchange rate – and then on top of that you have to pay import duty. Might have to see if the $AUD/$USD exchange rate improves.

My Asus Trio Transformer TX201LA is still going strong as a mobile laptop; the battery life isn’t great but having the Android & Linux combination on one device has come in very very handy. I’ll be hanging on to this until it dies – and then I’m very interested in one of the newer Transformer models.

Two years ago I was using the LG Nexus 5X but unfortunately it was victim to the Bootloop issue. Now I have a Pixel, and it’s brilliant. Right size, great battery life, and great bluetooth and NFC support. And yes, I often use it with with headphones.

With Pebble being acquired by Fitbit and subsequently sunsetted, I needed to find a new smartwatch. My Fitbit flex was also degrading, so it was a natural choice to go with the Fitbit Ionic – essentially combining two wearables – fitness and watch – into one. I’ve been incredibly happy with Ionic – I was skeptical at first, but the battery life is long – about 3-4 days and the reminders to move are useful. The range of applications is limited, but the key feature – of passing notifications from my phone to my watch – works well.

I’ve found that over time, my smartwatch is very definitely part of my toolchain – it’s no longer a nice-to-have extra – it’s a tool that I regularly check and rely on.

My Fitbit records and stores a lot of data about how active I am, however I’m still using RescueTime and BeeMindr to help with day to day productivity and long term goals. RescueTime gave me a great deal on a premium upgrade (big ups, guys!) and I’m using the “focus” features a lot – which prevent you from using time-wasting websites like Facebook for a period of time. RescueTime also continues to deliver great visualisaitons that help to see where you’re spending your time.

Plantronics Backbeat Go 2 Bluetooth headphones were great, but being an idiot I left them in a hotel room while travelling. I replaced them with the Jabra Rox – the magnetic earbuds are great for not losing them, however I’ve struggled to use the “wings” to get a good fit.

I did splash out on some Plantronics Backbeat Pro bluetooth headphones that have noise cancellation for concentrated, focused work in noisy places – like co-work spaces. They’re great – 20-odd hour battery life, and they really do cancel out a lot of distracting background sound. My one niggle with them is that the ‘active off’ feature – which pauses music when you take them off – activates with movement, like walking around the house or getting up off a chair.

With Pandora moving out of the Australian and New Zealand market, I needed to find another streaming music provider. Spotify was an easy choice because of their cross-device support – including a native Linux desktop app. On the plus side, Mycroft AI has a Spotify Skill that, due to API restrictions, is only available with Spotify Premium accounts.

My keyboard, graphics tablet and presentation pointers haven’t changed in two years, but I did back Sensel Morph on Kickstarter, and have started using it, but because the Linux driver isn’t great (yet), it tends to work better under Windows. I’m hoping that the Linux support matures in the future.

Would I like an always-on spy listening device in my house? Hell no.

Would I like a useful voice assistant that doesn’t save what I say to sell me advertising and invade my privacy? Hell yes.

Which is one of the reasons I went to work for Mycroft AI. But I digress. As part of my role, I do a lot of testing and documenting for the Mark 1 hardware – and I have three of them around the house. They’re solid little units with microphones that are better than I expected for RPi-based devices.

One thing I did need to get for working with the Mycroft Mark 1 was a new set of torx hex keys – the ones I had didn’t have a long enough handle to disassemble the Mark 1.

We also have a build of Mycroft for Raspberry Pi – Picroft – that needs a microphone and speakers. For this I got  a Jabra 410 – it’s much better than I expected for a mid-range omni-directional USB microphone.

Internet of Things and Home Automation

My bevvy of LIFX light bulbs continues to grow; I really like the range. I did have an issue with their LIFX Z light strip; one of the three strips that was delivered didn’t work, but it was covered under warranty and they shipped me a replacement. One of my favourite integrations here is with Google Home; I can turn off my bedroom light using the power of my voice.

I’ve also been hacking around with some Ruuvi tags; I want to spend more time on these, they’re pretty cool as sensors.

My software stack hasn’t really changed in two years – I’m still using LibreOffice, with Firefox and Thunderbird, and Atom Editor. In particular,  LibreOffice Draw is becoming my go-to tool for diagrams and process flows. Scribus, Inkscape and GIMP are still top in my toolbox too. The new version of GIMP is much smoother.

Gaps in my toolchain

Even with all these great tools, I’m still missing a few components from my overall stack.

Have I missed anything? What do you use?