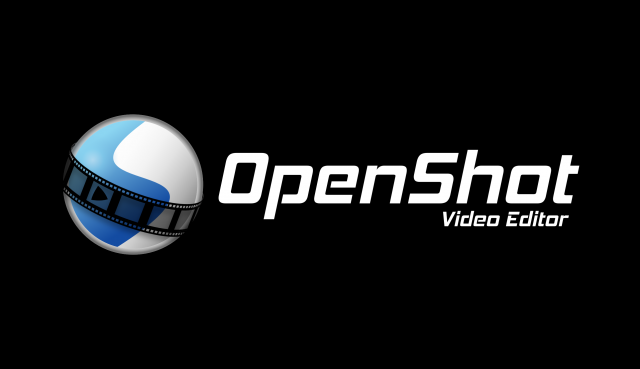 As you might know, most of my toolchain is Linux and opensource-based. So when it came time to produce a video for the upcoming Social Responsibility of Algorithms conference, with my doctoral supervisor, Dr. Liz T. Williams, Linux-based options were my first choice. However, the Linux video production workflow is not as smooth as it could be – and this blog post documents my trials and tribulations.

While web cameras on Linux these days tend to “just work”, there are no Linux counterparts to the Logitech or other vendor-specific software that the hardware usually ships with. Way in back in January when I presented at linux.conf.au, part of my tech check (big thanks, Chris and jwoithe!) involved using the qv4l2 utility to provide finer-grained control over settings such as white balance, contrast, and brightness. This handy utility also controls auto and manual zoom on cameras, and I adjusted the zoom to better fill the screen.

From memory, I didn’t have to add an apt repository for this – it’s in the Ubuntu repos by default – and can be installed with:

Recording video and setting up a virtual background

The next challenge was to record the video, using a virtual background. The problem of recording video on Linux is mostly solved these days using the Open Broadcaster Software (OBS) software.

While this software comes with a “chroma key” plugin (for green screens), it doesn’t come with an automatic background removal plugin. I read up on what plugins were available and ended up choosing this one from Roy Shilkrot (big thank you, Roy!) –

It was well documented, and very clear about the installation steps. It did require compiling from source, but the instructions were detailed. Because I already had CUDA installed on my machine (I have an RTX2060 NVIDIA GPU, don’t get me started on Nvidia and Linux drivers and how hard they are to get working, but there are signs of hope, with NVIDIA recently open sourcing their Linux drivers – albeit through moving most of the functionality to firmware), I opted to compile with GPU support. Compilation was very straightforward, however the instructions provided for sym-linking the compiled binaries were out of date. Luckily, there was already an Issue that had been raised for this, and I used the information in the Issue to fix the sym-linking. This exercise gave me a deep appreciation for the effort that goes into packaging, and the complexity that it abstracts away for the end user.

This plugin uses machine vision (which is why OpenCV is one of the package’s dependencies) to determine the outline of the subject from the background, and then uses the Chroma Key to fill the non-subject space with a single colour. It allows you to choose from a range of algorithms to do the subject outline, such as SINet, MODnet, mediapipe and a model for selfies. I found I got the best results using mediapipe. The plugin also allows you to configure other inference settings, such as the frame interval between which inference samples are taken. Again, there is another trade-off here; if you resample the image frequently, this takes more computational power, but if you sample less frequently then the outline may not “keep up” with the movement of the subject. I chose to inference every frame – primarily because I had the compute power to do so 😈.

All of these computer vision (CV) algorithms are very recent – for example SINet [0] was developed just over a year ago, and MODnet [1] is less than 6 months old; I continue to be surprised at how fast the ML space is moving, and how commodotised it has become. If you have ever used the “virtual background” feature in a videoconferencing application like Zoom or Teams, it will be using a similar algorithm. However, a lot of the implementation decisions – like how often to do inference, which algorithm to use, or the characteristics of the algorithm such as smoothing or contrast, are abstracted away from the end user in these applications. What we lose in complexity and control, we gain in ease of use.

Running a noise removal filter on the video using ffmpeg

Although I had managed to do a video recording, sans background, when I played back the video, the audio had a lot of background noise. This came from the sound of the fans on my laptop; when the GPU is under load, the fans increase their speed to dissipate the heat that is generated. The inference of the background removal algorithm was causing the fans to spin up – and to generate background noise that was captured by the microphone. Tradeoffs, tradeoffs and more tradeoffs!

Rather than re-record the video, or reduce the inference frequency of the background removal plugin, I decided to see if I could improve the noise quality by running the video through a noise reduction filter. Signal processing, and acoustic signal processing, is definitely not an area that I feel comfortable with, but I had a general idea of how noise reduction filters worked – by gating (cutting off) noise above or below a particular frequency (the gating floor or gating ceiling). When I worked in videoconferencing, I’d seen a similar approach used with special digital signal processing equipment in videoconferencing-equipped spaces. Again, there’s a tradeoff – if you have a quietly spoken person, and a loud, deep speaker, but use the same gating settings, you’re going to get unexpected results.

Next, I used OpenShot to do video editing, addition of slides, and “topping and tailing” with the conference branding. OpenShot is a breeze to use, and although it doesn’t have a lot of fancy transitions, it’s an excellent choice for this step of the workflow. I previously converted the PowerPoint I was using for slides into PDF, then used GIMP to create a 1920 x 1080 px PNG image of each PDF. The PNG images were then imported into OpenShot and overlaid over the video tracks.

One of the branding artefacts was in a format (Quicktime MOV) that OpenShot didn’t particularly work well with; so I changed the format using Handbrake.

Again, having a reasonable GPU helped with the rendering process; each conference video is around 15 minutes long, and OpenShot rendered them at 1080p 30fps resolution in around 5 minutes 😈.

Subtitles are helpful for many people, and in particular they increase the accessibility of video content for folx who are hard of hearing. Several video creation tools can produce automatic subtitles. However, these are usually inaccurate at best, and at worst can semantically change the meaning of the video content. Moreover, I knew that in this video we would be using some domain-specific vocabulary (the video is all about accent bias in language technologies like speech recognition) – and that the automatic subtitles would be even less accurate.

For this task, I tried out the application Subtitle Editor, but found the interface difficult to use. I’d heard good things too about Aegisub, but in the end I just manually created the .srt file by hand-editing it in Atom. The .srt file format is surprisingly basic – and hand-editing was made a lot easier because we created a script for the video beforehand. It may not work as well if you are transcribing the subtitles from the spoken audio.

Edit: I eventually figured Subtitle Editor’s interface out, when I needed to move all the subtitles back by 7 seconds after topping and tailing the video; this feature itself is worth installing the application.

The one thing that tripped me up in hand-editing subtitles was forgetting that the time format is HH:MM:SS,ms. My video was only 16 minutes in length, and I erroneously placed the “minutes” in the “hours” column. For example, I wrote 00:05:00, 400 to mean 5 seconds into the video, but this is actually 5 minutes into the video. The millisecond separator – the comma – is unusual in English, but the SRT format was developed in France; which uses the comma. This reminded me of Lawrence Busch‘s excellent book Standards: Recipes for reality, which articulates the path dependencies that standards create.

Video production for conferences is becoming more prevalent, particular as the COVID-19 pandemic has taken many conferences online. Tools like Zoom and Camtasia, while mature, abstract away many of the underlying algorithms, and simplify their interfaces for usability by removing fine-grained controls from the user. By exploring open source tools for video production workflows, we obtain a deeper understanding of “what’s under the hood”.

To extend this work in the future, one of the capabilities I would like to explore is automation of the workflow pipeline. This may be possible for tasks such as topping and tailing videos with conference branding, but the actual composition of video and slides is still going to require human attention.