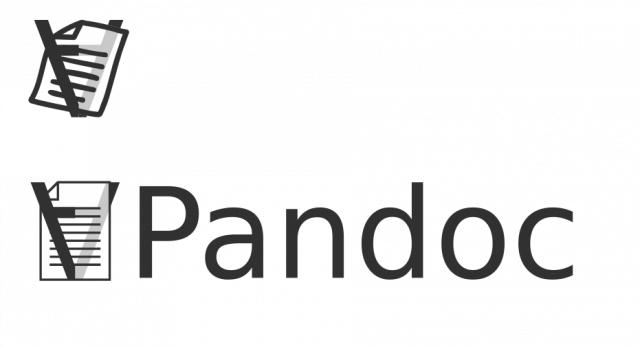 I’ve been doing a summary of the state of my toolchain now for around five years (2019, 2018, 2016). Tools, platforms and techniques evolve over time; the type of work that I do has shifted; and the environment in which that work is done has changed due to the global pandemic. Documenting my toolchain has been a useful exercise on a number of fronts; it’s made explicit what I actually use day-to-day, and, equally – what I don’t. In an era of subscription-based software, this has allowed me to make informed decisions about what to drop – such as Pomodone. It’s also helped me to identify niggles or gaps with my existing toolchain, and to deliberately search for better alternatives.

What’s changed since the last report?

Since the last report in 2019, I’ve graduated from a Masters in Applied Cybernetics at the School of Cybernetics at Australian National University. I was accepted into the first cohort of their PhD program. This shift has meant an increased focus on in-depth, academic-style writing. To help with this, I’ve moved to a Pandoc, Atom, Zotero and LaTeX-based workflow, which has been documented separately. This workflow is working solidly for me after about a year. Although it took about a weekend worth of setup time, it’s definitely saving me a lot of time.

Atom in particularly is my predominant IDE, and also my key writing tool. I use it with a swathe of plugins for LaTeX, document structure, and Zotero-based academic citations. It took me a while to settle on a UI and syntax theme for Atom, but in the end I went with Atom Solarized. My strong preference is to write in MarkDown, and then export to a target format such as PDF or LaTeX. Pandoc handles this beautifully, but I do have to keep a file of command line snippets handy for advanced functionality.

I had an ASUS Zenbook UX533FD – small, portable and great battery life, even with an MX150 GPU running. Unfortunately, the keyboard started to malfunction just after a year after purchase (I know, right). I gave up trying to get it repaired because I had to chase my local repair shop for updates on getting a replacement. I lodged a repair request in October, and it’s now May, so I’m not holding out hope… That necessitated me getting a new machine – and it was a case of getting whatever was available with the Coronavirus pandemic.

I settled on a ASUS ROG Zephyrus G15 GA502IV. I was a little cautious, having never had an AMD Ryzen-based machine before, but I haven’t looked back. It has 16 Ryzen 4900 cores, and an NVIDIA GeForce RTX 2060 with 6GB of RAM. It’s a powerful workhorse and is reasonably portable, if a little noisy. It get about 3 hours’ battery life in class. Getting NVIDIA dependencies installed under Ubuntu 20.04 LTS was a little tricky – especially cudnn, but that seems to be normal for anything NVIDIA under Linux. Because the hardware was so new, it lacked support in the 20.04 kernel, so I had to pull in experimental Wi-Fi drivers (it uses Realtek).

To be honest I was somewhat smug that my hardware was ahead of the kernel. One little niggle I still have is that the machine occasionally green screens. This has been reported with other ROG models and I suspect it’s an HDMI-under-Linux driver issue, but haven’t gone digging too far into driver diagnostics. Yet.

One idiosyncrasy of the Zephyrus G15 is that it doesn’t have built-in web camera; for me that was a feature. I get to choose when I do and don’t connect the web camera. And yes – I’m firmly in the web-cameras-shouldn’t-have-to-be-on by default camp.

Over the past 18 months, I’ve been doing a lot more work with machine learning, specifically in building the DeepSpeech PlayBook. Creating the PlayBook has meant training a lot of speech recognition models in order to document hyperparameters and tacit knowledge around DeepSpeech.

In particular, the DeepSpeech PlayBook uses a Docker image to abstract away Python, TensorFlow and other dependencies. However, this still requires all NVIDIA dependencies such as drivers and cudnn to be installed beforehand. NVIDIA has made this somewhat easier with the Linux CUDA installation guide, which advises on which version to install with other dependencies, but it’s still tough to get all the dependencies installed correctly. In particular, the nvtop utility, which is super handy for monitoring GPU operations (such as identifying blocking I/O or other bottlenecks) had to be compiled from source. As an aside, the developer experience for getting NVIDIA dependencies installed under Linux is a major hurdle for developers. It’s something I want NVIDIA to put some effort into going forward.

Colour customisation of the terminal with Gogh

I use Ubuntu Linux for 99% of my work now – and rarely boot into Windows. A lot of that work is based in the Linux terminal; from spinning up Docker containers for machine learning training, running Python scripts or even pandoc builds. At any given time I might have 5-6 open terminals, and so I needed a way to easily distinguish between them. Enter Gogh – an easy to install set of terminal profiles.

One bugbear that I still have with the Ubuntu 20.04 terminal is that the fonts that can be used with terminal profiles are restricted to only mono-spaced fonts. I haven’t been able to find where to alter this setting – or how the terminal is identifying which fonts are mono-spaced for inclusion. If you know how to alter this, let me know!

ANU has adopted Microsoft primarily for communications. This means not only Outlook for mail – for which there are no good Linux alternatives (and so I use the web version), but also the use of Teams and OneNote. I managed to find an excellent alternative in OneNote for Linux by @patrikx3, which is much more usable than the web version of OneNote. Teams on Linux is usable for messaging, but for videoconferencing I’ve found that I can’t use USB or Bluetooth headphones or microphones – which essentially renders it useless. Zoom is much better on Linux.

As we’ve travelled through the pandemic, we’re all using a lot more videoconferencing instead of face to face meetings, and the majority of conferences have gone online. I’ve recently presented at both PyCon AU 2020 and linux.conf.au 2021 around voice and speech recognition. Both conferences used the VenueLess platform. I decided to upgrade my microphone for better audio quality. After all, research has shown that speakers with better audio are perceived as more trustworthy. I’ve been very happy with the Stadium USB microphone.

I tried Pomodone for about 6 months – and it was great for integrating tasks from multiple sources such as Trello, GitHub and GitLab. However, I found it very expensive (around $AUD 80 per year) and the Linux version suddenly stopped working. The scripting options also only support Windows and Apple, not Linux. So I didn’t renew my subscription.

Instead, I’ve moved to Taskwarrior via Paul Fenwick‘s recommendation. This has some downsides – it’s a command line utility rather than a graphical interface, and it only works on a single machine. But it’s free, and it does what I need – prioritises the tasks that I need to complete.

My Mobvoi TicWatch Pro is still going strong, and Google appears to be giving Wear OS some love. It’s the longest I’ve had a smart watch, and given how rugged and hardy the TicWatch has been, it will definitely be my first choice when this one reaches end of life. My Plantronics BB Pro 2 are still going strong, and I got another pair on sale as my first pair are now four years old and the battery is starting to degrade.

I’ve started using Sleep as Android for sleep tracking, which uses data from the TicWatch. This has been super handy for assessing the quality of sleep, and making changes such as adjusting going-to-bed times. Sleep as Android exports data to Google Drive. BeeMinder ingests that data into a goal, and keeps me accountable for getting enough sleep.

RescueTime, BeeMinder and Passion Planner are still going strong, and I don’t think I’ll be moving away from them anytime soon.

I still refuse to use Amazon Alexa or Google Home – and they wouldn’t work with the 5GHz-band WiFi where I am living on campus. Mycroft.AI is still my go-to for a voice assistant, but I rarely use it now because the the Spotify app support for Mycroft doesn’t work anymore after Spotify blocked Mycroft from using the Spotify API.

One desktop utility that fits into the “assistant” space that I’ve found super helpful has been GNOME extensions. I use extensions for weather, peripheral selection and random desktop background selection. Being able to see easily during Australian summer how hot it is outside has been super handy.

Current gaps in my toolchain

I don’t really have any major gaps in my toolchain at the moment, but there are some things that could be better.